At present, I don’t have any tattoos. I have nothing against them; I’m just not a tattoo guy. However, I’ve always said that if ever get a tattoo, it would be an acoustic guitar. Why an acoustic guitar? Well, if I’m going to have something on me forever, I want it to represent the highest form of beauty, and to me, there’s nothing more beautiful and pure than an acoustic guitar. The notes, the chords, the harmonics – they all create a majestic sound that can’t be replicated on another instrument. 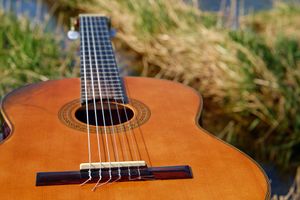 Here’s an acoustic guitar piece performed by Anna Vidovic, one of the finest classical guitar players around.

But it’s not only the sound of the acoustic guitar that makes it so beautiful, but also the aesthetics. Place an acoustic guitar in front of a mountain, an ocean, an evergreen and you’ve significantly increased the quality of the scene.

I started off playing electric guitar, but I soon became enamored with the acoustic guitar as well. I proceeded to build up a repertoire of acoustic guitar tunes, including classical, flamenco and folk (the low-to-mid level stuff). Even though most of my teenage friends were rockers and metalheads, they all appreciated the beauty of the acoustic. Imagine that – 15-year-old metal dudes digging Bach!

Of all the songwriting I’ve done, the tune that is closest to my heart is a solo acoustic guitar piece called “Remember”. I wrote it over the course of a 3-day weekend at the beach. I came back to town feeling like I had a gem.

Why Learn to Play Guitar?

The guitar is the most universal instrument on the planet – it is king of Earthly instruments. Personally, I see no good reason not to learn the guitar. To become a guitarist is be in a position to add to the quality of many people’s lives. A guitar (properly played) raises the energy of the room, no matter the setting - camping, weddings, funerals, parties, jail, and on and on. 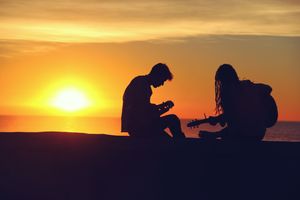 Last summer, I encountered a scraggly fellow strumming his acoustic guitar on the beach. He had some lyrics scribbled on a piece of paper and he appeared to be working on a song. I paused to listen for a moment, and he then asked me if I played. “I sure do”, I replied. He then handed me the guitar and said it would be easier if he could just sing while I played the chords. So off we went, belting out his newly-created work, “The Doreyman.” Being a guitar player gave me a chance to jam with a total stranger on the beach. What fun!

Any guitarist will tell you that playing guitar is a high form of therapy. Not only it is a source of stress relief, but it can also be a means of esteem enhancement. Progressing at a guitar skill is empowering and uplifting.

Playing guitar enables you to express yourself creatively. To me, the joy of putting sounds together on the guitar has been a source of endless fulfillment. It gives me that it’s-great-to-be-alive feeling, which is not easy to come by.

The guitar can facilitate relationship building; it has been an ice-breaker for me and has led to some great friendships. A stoned guy once told me, “Dude, if you wanna get the girls, just pull out the acoustic guitar, it works like a charm.” I haven’t tested his theory, but I suppose it may have some merit.

In my view, the guitar (and music in general) transcends mortality. Where’s the downside? There is none! If you haven’t learned the guitar yet, do yourself a favor and get on it. You will reap a lifetime of rewards.

I started playing guitar when I was 13. I had early aspirations of becoming a rock guitar god and I practiced extensively in my teens. However, I didn’t get much beyond the intermediate level in my youth.

The problem (which was unclear to me at the time) was that I was more enamored with the idea of being worshipped than I was with playing the guitar. I enjoyed playing, but I wasn’t in love with playing.

I had a moment of realization one day when I went to see my buddy’s band practice. I heard that he was playing with a killer guitar player, a guy who practiced obsessively. Seeing him play was humbling; he was way out of my league. The difference between us was that I liked to play, whereas he had to play. He had the passion required to become a great player.

I’ve since gone through a few periods of committed guitar practice, and at times I felt like I was on the cusp of reaching the rare advanced level. I just didn’t have the drive to sustain it.

Here’s an example of a time when I was getting my lead guitar chops together pretty well:

There’s no shame that I haven’t become the next Yngwie Malmsteen, Frank Gambale, Shawn Lane, Jimi Hendrix or Anna Vidovic (yet!). The guitar geniuses got that way because of their specific unique talents and dedication. I’m happy with what I’ve accomplished so far with my skills. My passion in music these days lies in the process of creating – making soothing, uplifting, soul-nourishing music. That’s what drives me as a musician, and it’s what I could do all day long.

The Making of a Song: “Goodnight Old Friend”

Someone once told me some of my songs sound like lullabies for anyone. I think they could be on to something. So how did the song, "Goodnight Old Friend" come to be? (You can listen to it on the "Music" page of this site). 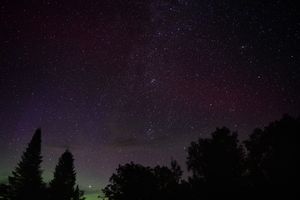 It was a work night (er...morning, actually), sometime around 1:30 to 2:00 am. I was deep in the creative process and having a hard time putting it down. But I knew I had to get some sleep, so I told myself “Goodnight Old Friend”, referring to my passion for the music writing process. I thought that sounded pretty good, so I decided to write a song about it.

The intro guitar melody - like many of my melodies - came to me through a process of noodling around over a simple chord progression. I then expanded the progression to accommodate the chorus. Once I had a full song structure and vocal melody line, I added the lyrics. It didn’t take very long to write the song, perhaps a few weeks

The Making of a Gem

I was pleased to create a melody that is soothing and somewhat timeless. I hired my friend, Tim Current, to sing, and my buddy Mark Coquet performed the bass. I played all guitar parts (electric and acoustic) and I added a minimalist electronic drum. This song is featured on my 4th solo CD, Harmonic Journey. It was recorded in 2009 at Nettleingham Audio in Vancouver, WA.

I think the song is simple, catchy, and sweet. Similar to lounging in a hammock, or sleeping close to your partner. Enjoy this song, “Goodnight Old Friend,” whenever you want to escape to a nurturing place - a warm hug in an oftentimes cold world.

Who is Shawn Lane You Ask? He’s One of My Guitar Heroes

Shawn Lane passed away years ago (2003), but he remains very much alive in my mind. He isn’t a household name, but he is known amongst the guitar greats. His combination of technique, phrasing and soul made him a legend. He was born and he passed away in Memphis, Tennessee. 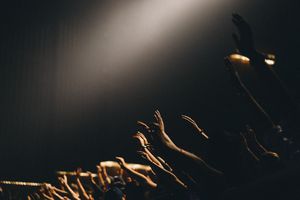 The Musical Style of Shawn Lane

Shawn mostly played a fusion-rock style music, but he also played some jazz and then Indian-inspired music in his later life. I first heard him about ten years ago on YouTube. I knew of his name, but when I looked him up online, I was blown away. He instantly became a favorite. Interestingly, many of the videos online of him are low-budget, but that's all you need to enjoy his work. To me, he looks calm and at ease playing the guitar. Perhaps he was "in the zone."

What’s fascinating about musical genius is that it’s hard to describe - just like watching a professional athlete - how it all comes together makes it great. He displayed technical ability at a young age (14 years old according to those who knew him) that surpassed his years. In the videos of him, he plays fast in some songs, going from note to note with dizzying speed. He slows down in other songs to create melodies that melt together in a harmonious way, like a spiritual walk through the park.

It is evident he worked hard at both his playing and his compositional skills. It's great to hear such artistry, where one immediately forgets about daily worries and can enjoy the pure sound. People who knew him mentioned he enjoyed many deep topics, ranging from philosophy, to spirituality, to culture.

You can check out the work of Shawn Lane here, on YouTube. These videos give a taste of his musical style and guitar skills.

His technical aptitude is very apparent. He’s like a Paganini of the electric guitar. His music is smart, sharp, and cool.

2. Shawn Lane with a Strat

He’s test-driving a Strat in this video. This showcases his ultra-smooth and flawless technique, and also his bluesy side. The depth of soul in his playing is evident – pure beauty, pain, and all.

Here is a sample of Shawn improving in an Indian style, wonderfully combining elements of eastern and western music.

Not only was Shawn a guitar extraordinaire, he came across as a genuinely humble and easy-going person. It’s refreshing to see someone so talented be so down-to-earth. His gentle spirit shines through in his instructional videos. It’s a shame he didn’t become more widely known, however his style may have been more geared toward serious guitarists than other audiences.

Shawn suffered long-term health issues and dies at the age of 40. He will be missed amongst his guitar fans. Luckily, his Wikipedia page offers lots of great detailed information on his musical life and legacy.